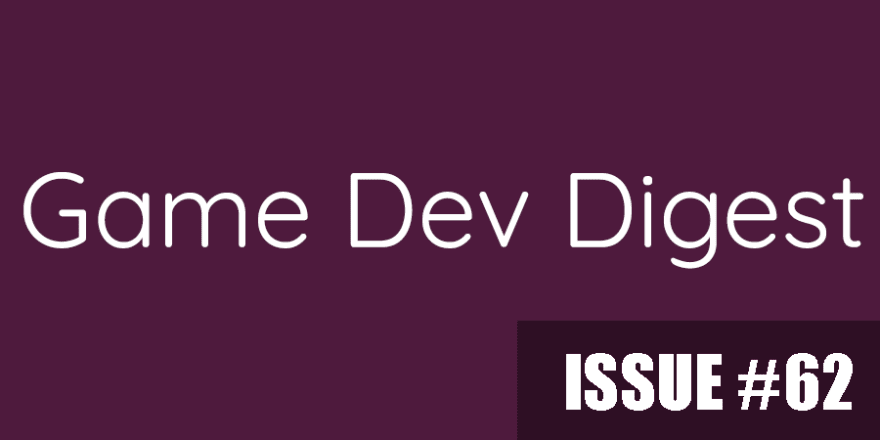 This week runs the gamut from 2D up to AR/VR experiences. Whatever you are working on, hopefully you can find something useful. Enjoy!

The Power of Extension Methods - Changing code. It’s a minefield. If you’re attempting to abide by the laws of the Open Closed Principle, we want to avoid changing previously written code wherever possible, in favour of extending our codebase with new functionality. This allows us to hopefully minimise the number of bugs we inadvertently introduce to our codebase.
automationmission.com

Rules for a Future-Proof 2D Render Order - Once you start working on a 2D game, the question of how to set up a proper render order will come up very early on. Render order, at least in the way I will be using the term, determines which parts of your 2D game get rendered (drawn, displayed, shown) in front of (i.e. later than) other parts.
Julian Colbus

Creating a Replay System in Unity - A replay system is a great way to let players relive their best (or worst) moments of gameplay, improve their strategy, and more! In this tutorial, you’ll build a simple state-based replay system and learn about how replay systems work.
raywenderlich.com

Monitor Your Memory Usage in Unity — By Asset Type & Automatically - Access your Unity Memory Metrics without attaching the Profiler? I'm sold! Let me introduce you to the new Unity Memory Profiler Module available since Unity 2020.2b.
The Gamedev Guru

Toon Lighting Basics - I thought it would be a good idea to write up some of the basics of Toon Lighting for anybody that isn't familiar with it.
Puck Loves Games

Graphics.DrawProcedural - The last tutorial was about compute shader basics, how to generate values, read them back to the cpu and use them. One critical aspect in all that is that copying data from the cpu to the gpu (from the ram to the vram) or back takes some time, so wouldn’t it be neat if there was a way to just render the data directly from the GPU without copying it around? Thats where Graphics.DrawProcedural and similar methods come into play, they allow us to do exactly that.
Ronja's Shader Tutorials

Portal Effect - New #under60sec tutorial! This one is a breakdown of a portal effect. Pretty useful for spawning things out of nowhere :)
Daniel Santalla @danielsantalla

Retro CRT Shader Breakdown - Recently I made this shader that attempts to replicate an old CRT (cathode-ray tube) monitor, with a few additional distortion/static effects.
CYAN

EditorOnly - #UnityTips Use the predefined tag EditorOnly to get objects automatically removed in your builds. Pretty handy for debugging objects which you do not need in the release version.
Binary Impact @BinaryImpactG

unitytips: Editor Coroutines - Do you want better control over how to paint/update an inspector from the Unity Editor? Take a look at the Editor Coroutines package. You can even paint an emulator inside the inspector with its help.
diegogiacomelli.com.br

How to draw gizmos from Update method? - I made a script that allows drawing gizmos from anywhere e.g. from Update(). With it, you can create methods that work similarly to Debug.DrawLine () and Debug.DrawRay ().
Rafał Tadajewski

Designing a thrilling enjoyable arcade experience for VR - I hope this article can help and/or inspire people who face difficulties during the development of their own VR game.
Vincent TRINEL

Training a performant object detection ML model on synthetic data using Unity Perception tools - Supervised machine learning (ML) has revolutionized artificial intelligence and has led to the creation of numerous innovative products. However, with supervised machine learning, there is always a need for larger and more complex datasets, and collecting these datasets is costly. How can you be sure of the label quality? How do you ensure that the data is representative of production data? An exciting new solution to this problem, particularly for object detection tasks, is to generate a massive synthetic dataset. Synthetic data alleviates the challenge of acquiring the large labeled datasets needed to train machine learning models.
Unity

Unity 2020.2 beta is now available and we welcome your feedback - With Unity 2020.2, we’re continuing our 2020 focus on performance, stability and workflow improvements. Join the beta and let us know what you think about the upcoming tools.
Unity 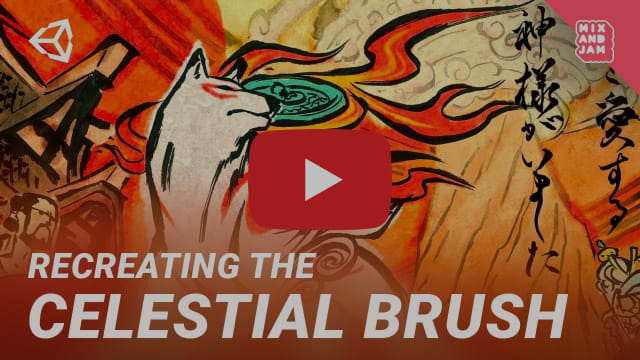 Okami’s Celestial Brush | Mix and Jam - In this legendary game, you have the ability to use The Celestial Brush - which allows the player to draw shapes on the screen to interact with the environment or attack enemies. In this episode I wanted to try and create a similar system using the Unity Engine!
Mix and Jam

Creating a Debug Cheat Console in Unity - Learn how to create an in-game console that will allow the user to input cheat commands. Perfect for debugging builds and hiding fun easter eggs into your game...
Game Dev Guide

5 Minute ENDLESS RUNNER Game UNITY Tutorial - In this Unity Tutorial, learn how to make an Endless Runner game in 5 minutes! Or... at least the foundation for one.
BMo

Getting started with Bolt in Unity! (Tutorial) - Bolt is a new Visual Scripting Solution for Unity and in this video, we are going to explain some of the core concepts by demonstrating how you can add a flow machine and create behaviors like movement and sprite animation.
Unity

Quickly Scatter Grass and Trees on Terrain in Unity - Let's learn how to quickly and easily scatter vegetation on terrain in Unity.
UGuruz

Get Object from Mouse Click and Call Functions through Interface - Unity 2020 Tutorial - Learn how to use raycasts to click on objects with your mouse, and then make then execute functions via interfaces!
samyam

OPENING a DOOR in UNITY with a RAYCAST - In this Unity C# tutorial I show you how to animate a door, interact with it to open and close with animation using a basic raycast and controller script.
SpeedTutor 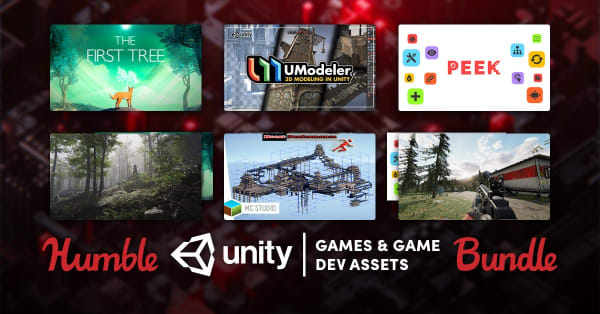 Humble Unity Games and Game Dev Assets Bundle - We've teamed up with Unity creators for our newest bundle! Get games like The First Tree and MarZ : Tactical Base Defense + support creators of Unity extensions like Peek and FPS Builder, and AAA art such as Forest Environment - Dynamic Nature. Plus, your purchase will support Girls Who Code, GameChanger, SpecialEffect, and United Roots (Gameheads)!
$1,157 WORTH OF AWESOME STUFF.
PAY $1 OR MORE.
Humble Bundle Affiliate

Unity: Reboot 2020 Sale - Every day, new incredible assets are added to the Unity Asset Store by hard working Asset Store Publishers. These new asset launches can sometimes get buried though, so we want to shed some light on these amazing hot-off-the-press assets!

Including many great assets featured previously such as Shapes, Clayxels, Text Animator, Stylized Water For URP, Stylized Grass Shader, Optimizers and so much more!
[Clayxels is also included in the Humble Unity Games and Game Dev Assets Bundle]
Unity Affiliate

HPTK - Hand Physics Toolkit (HPTK) is a toolkit to build physical hand-driven interactions in a modular and scalable way. Hand physics and hover/touch/grab detection are modules included. This toolkit can be combined with MRTK-Quest for UI interactions. Only Oculus Quest is supported at the moment.
[A sample project is also available]
jorgejgnz Open Source

LBAR - I have made my Unity3d plugin, LBAR (Location-Based AR) open-source and free for everyone. With LBAR you can build PokemonGo style games, Geo-AR and GPS based AR experiences in Unity3d within minutes. Enjoy :)
Mojtaba Tabatabaie @smtabatabaie Open Source

UGUI-Toolset - Handy toolbar with a list of most common actions needed during assembly of the UGUI. Allows for a quick and visual way of filling Game Objects with Components needed.
andrew-chewie Open Source

CircleGraphic.cs - Create circles/ellipses in Unity UI system in one of three modes: FillInside, FillOutside and Edge. [see the tweet for a visual]
yasirkula Open Source 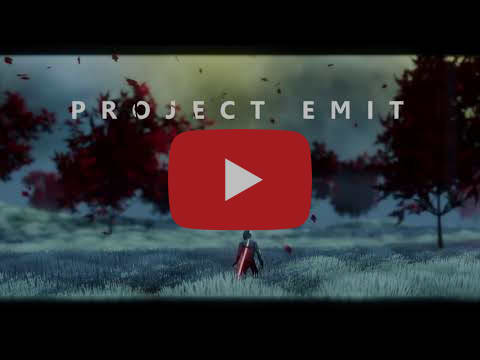 Project Emit is an Action Metroidvania in early development with heavy focus on combat, mobility & exploration.

[you can play the demo now]
Project Emit

Best Database to use with C#